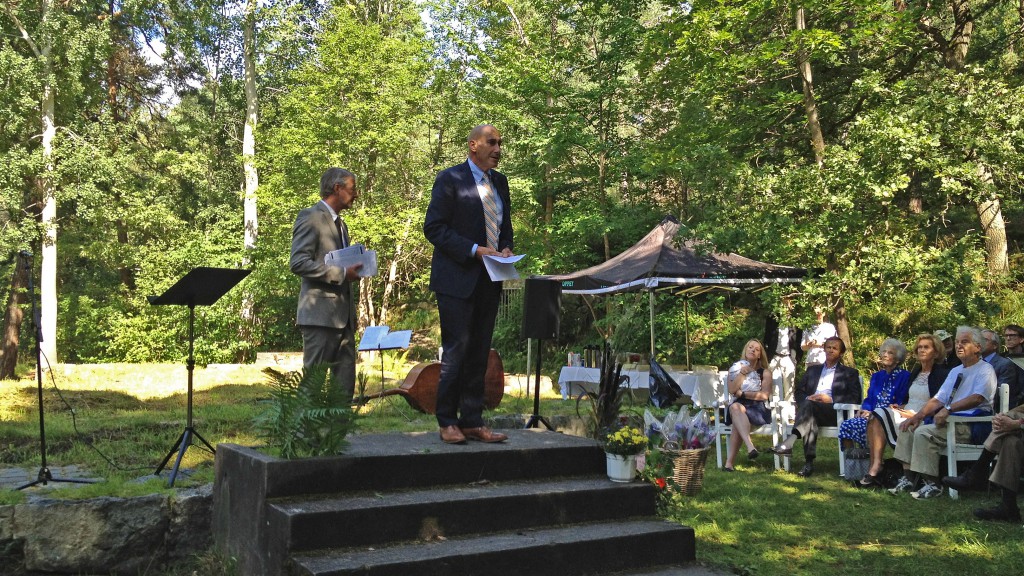 Today marks what would have been the 100th birthday of Raoul Wallenberg, the Swedish diplomat who saved the lives of tens of thousands of Hungarian Jews from the Holocaust during the last months of World War II. When the Red Army liberated Hungary he was arrested and taken away to die in a Soviet prison.

There are commemorations around the world today, and one was here on the Stockholm island of Lidingö, at what is left of the house where Raoul Wallenberg was born on August 4, 1912. Among the 80-100 who attended were members of the Wallenberg family, including his sister Nina Lagergren, and representatives from the diplomatic corps. In the photo is the first speaker, Olle Westberg, who is in charge of Sweden’s celebrations during Wallenberg year 2012. 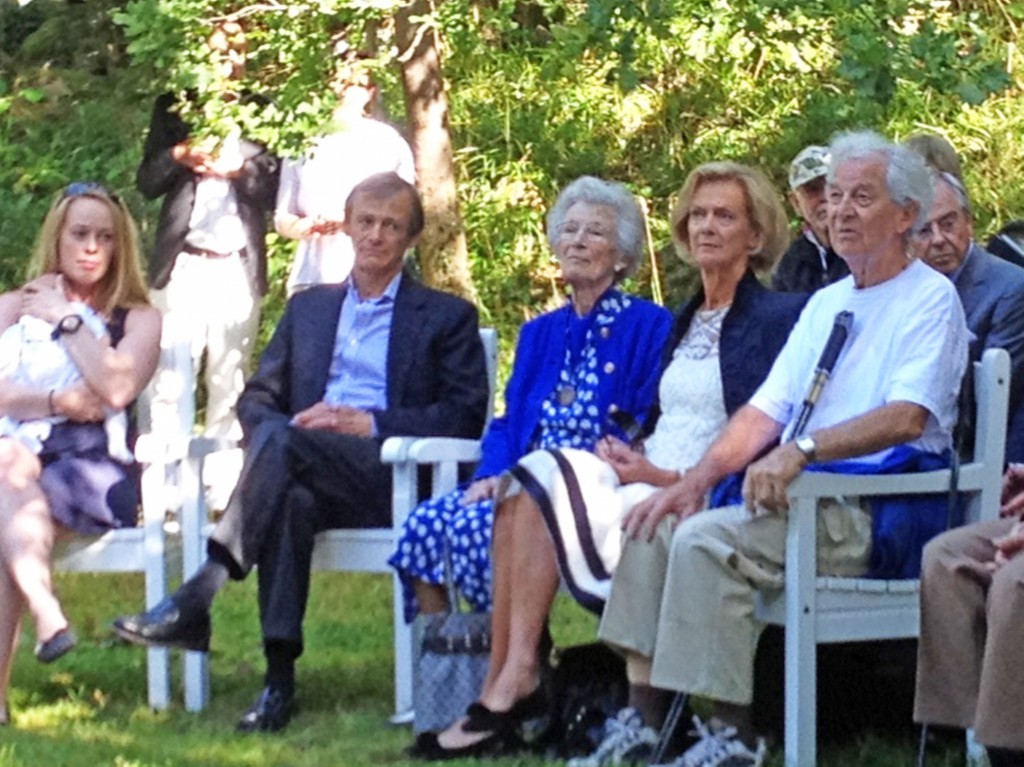 Ironically this is the day the neo-Nazi English Defence League and their Counter Jihad movement chose to hold a march in Stockholm (trying to get participants in Pride Week to join their pogrom against Moslems.