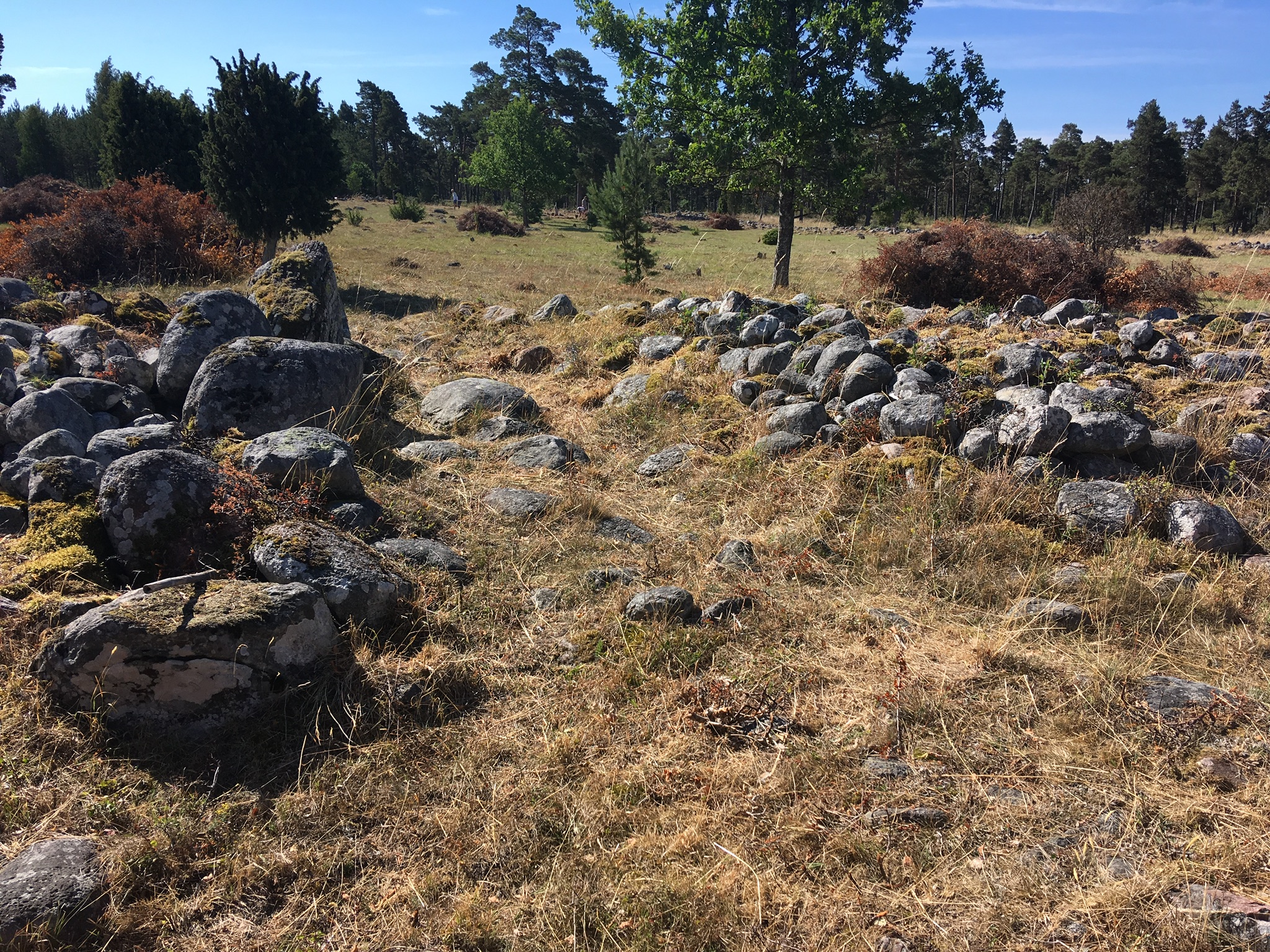 The ancient gate in the walls of Guding slott

In mid-July I finally had an opportunity to take part in an archaeological excavation. I spent four days on a dig by the Gotland Archaeological Field School at a place called Gudings slott, near Eke in southeastern Gotland.

I had passed up a couple of opportunities to take part in digs connected with my archaeology courses because of concerns about whether at my age I could handle the physical exertion. Instead I opted for a short four-day course, which went well. It was part of a larger excavation, with courses of two, three, or four weeks. So it was on-going when our group arrived, and continued after we left. 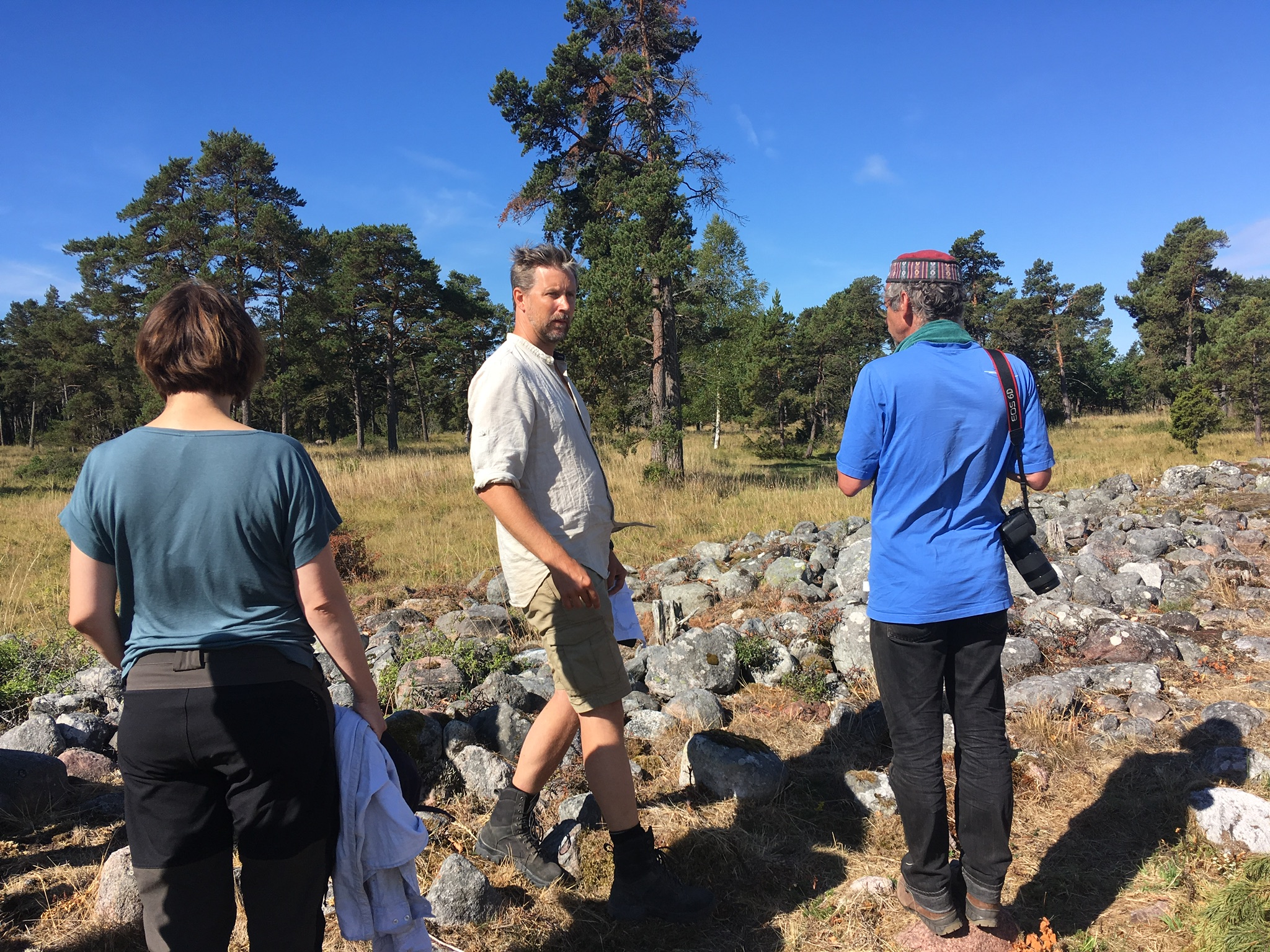 The assistant director of the dig, Dr. Christian Hoffman, showing us the walls of Gudings slott

Gudings slott is a ”hill-fort” although not on a hill. It seems to date back to the early Iron Age, but, apparently hundreds of years later, several dozen graves were dug around the area, later during the Iron Age, although the dating is uncertain and was one of the things the dig was trying to determine. 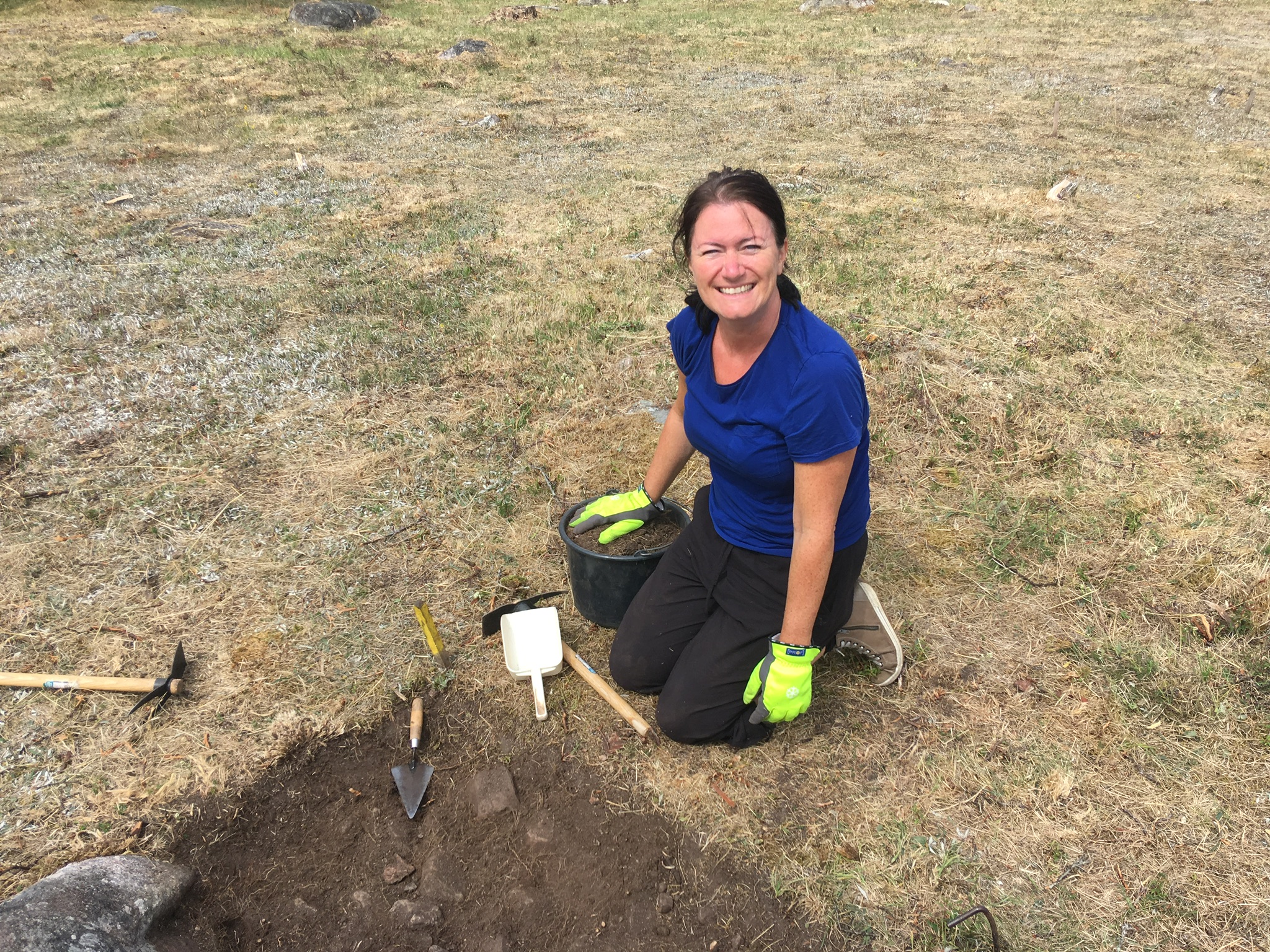 Hannah working on the first pit

My digging partner Hannah and I started working on a 1 x 1 meter square, one of a series that the head of the excavation, Dr. Dan Carlsson, thought might contain post-holes. 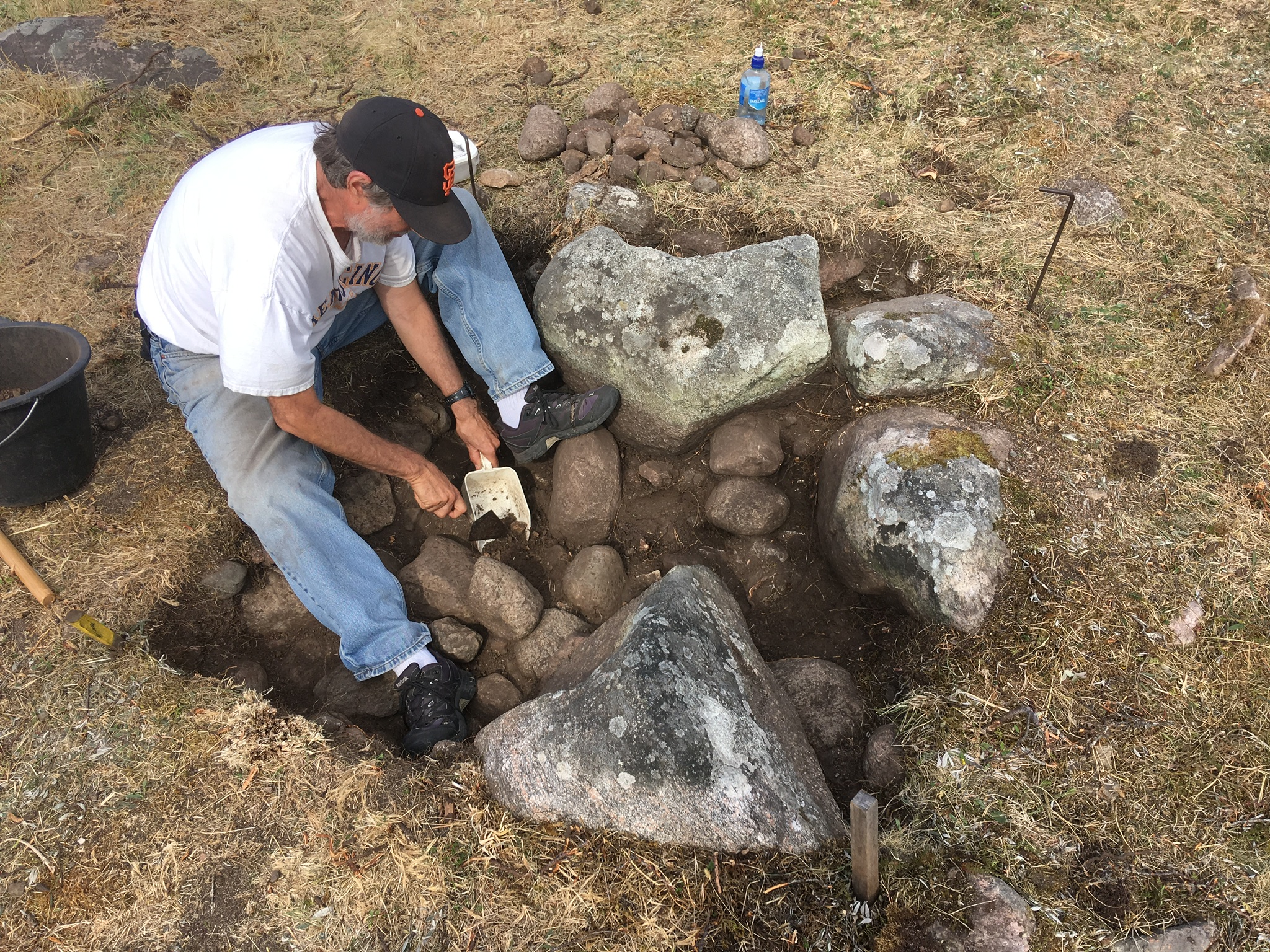 Working on the first pit

It was a disappointment, but I did find a little ball, like a marble, made of sandstone. 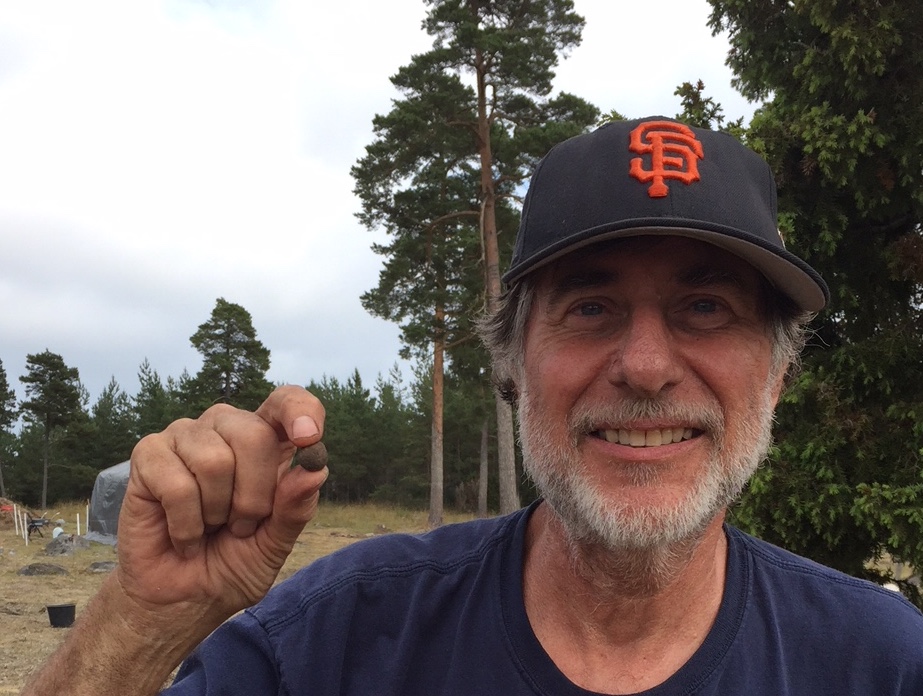 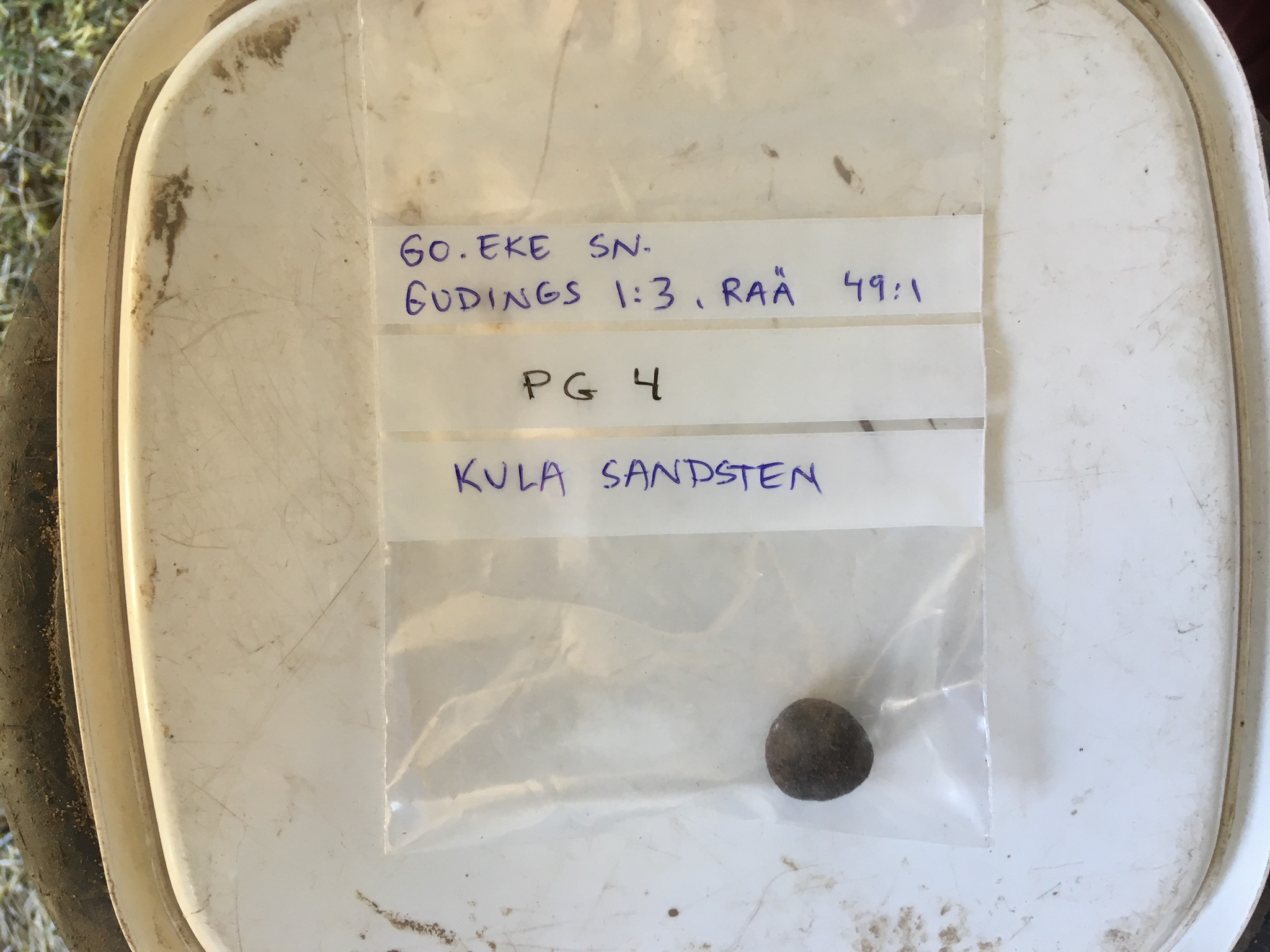 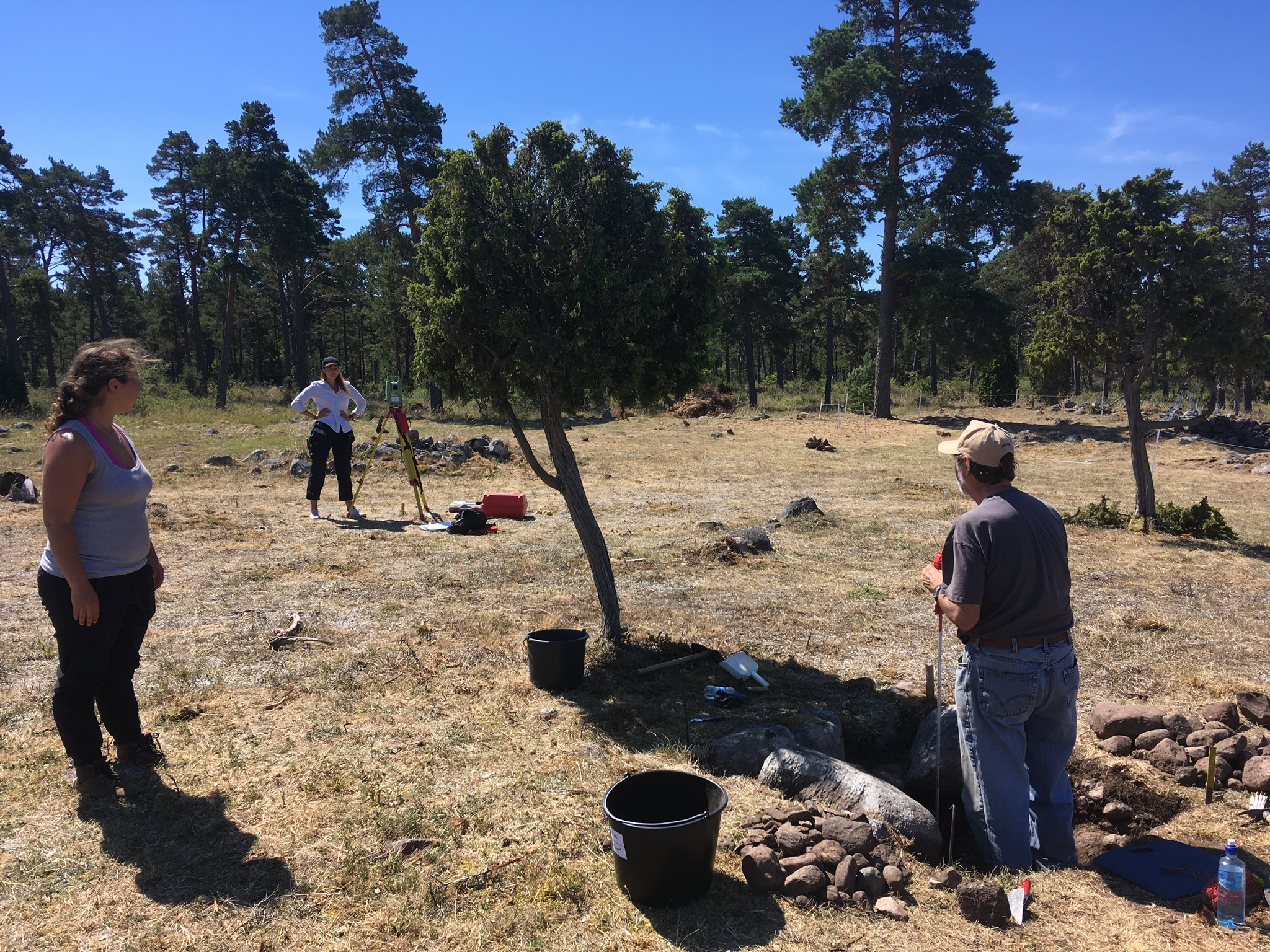 Later, we moved to another spot, 2 x 2 meters, which we excavated with the other members of our short course. Initially it seemed the top layer of rocks were a terrace, but that didn’t work out. What we may have found was a hearth. Supporting that conjecture, another course participant, Anton, found a bit of what appeared to be ancient wood at one end. Then I found a similar piece of wood at the other end. 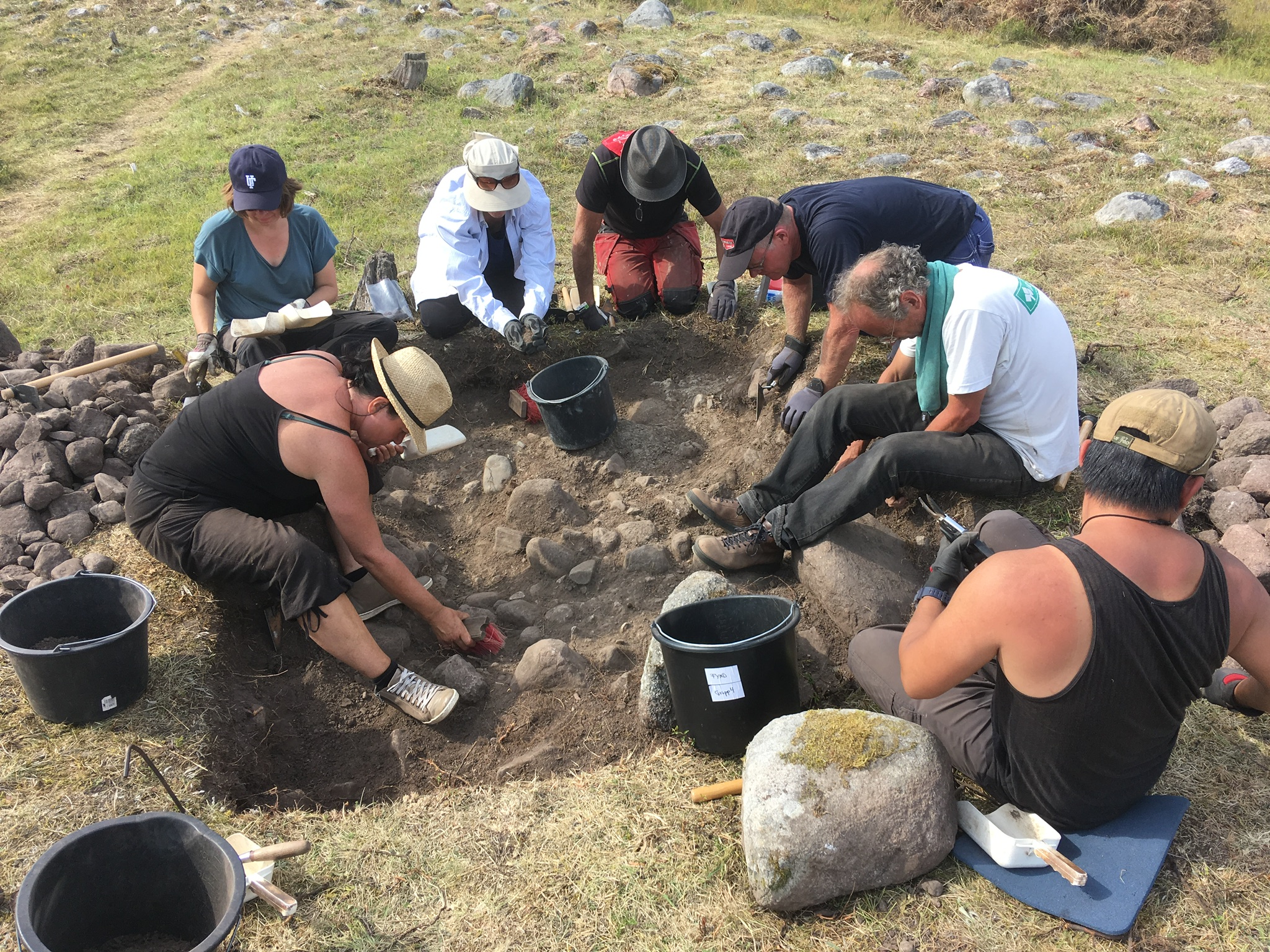 Everyone working on the second pit 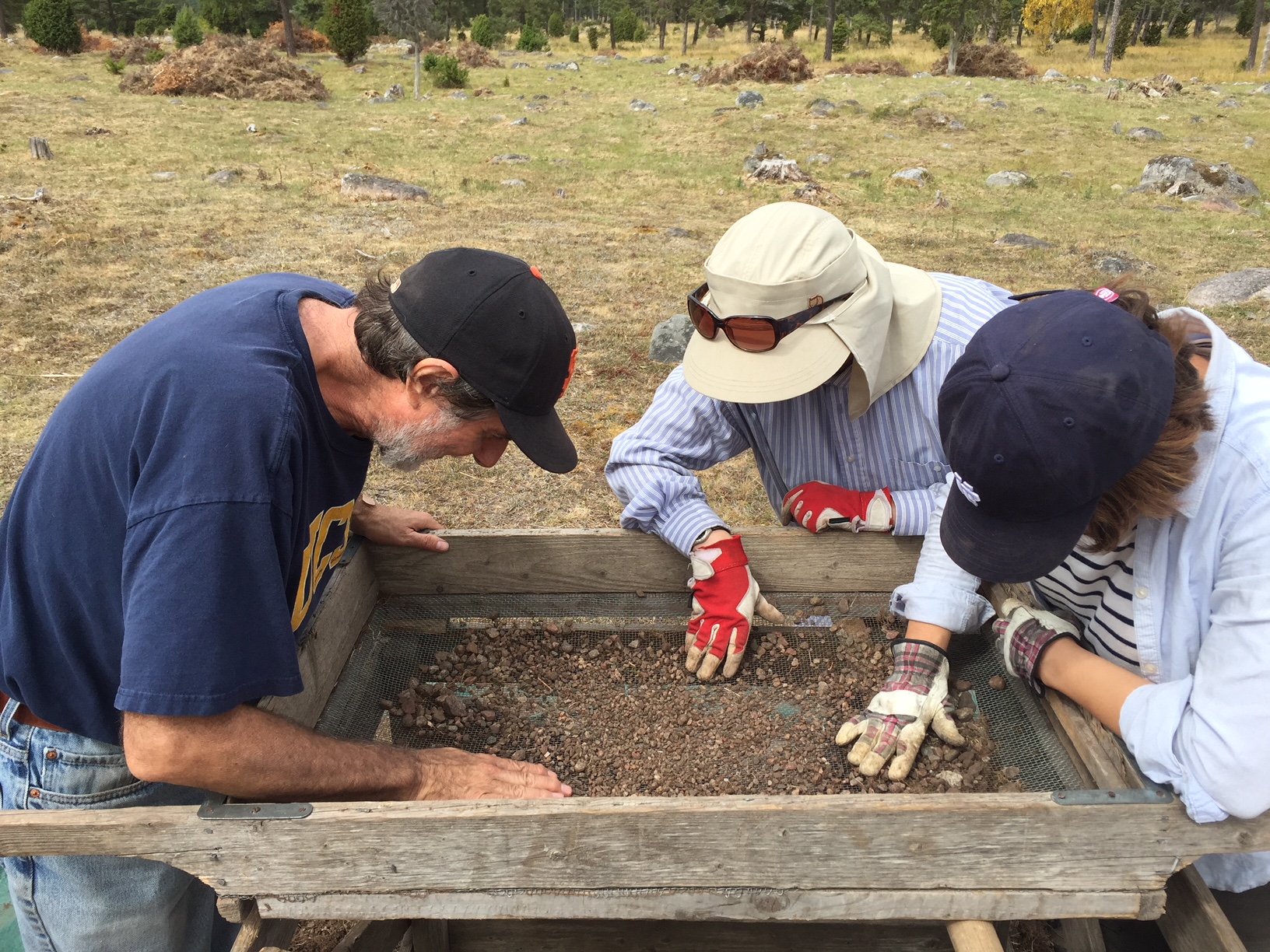 Sifting for small finds with the sieve 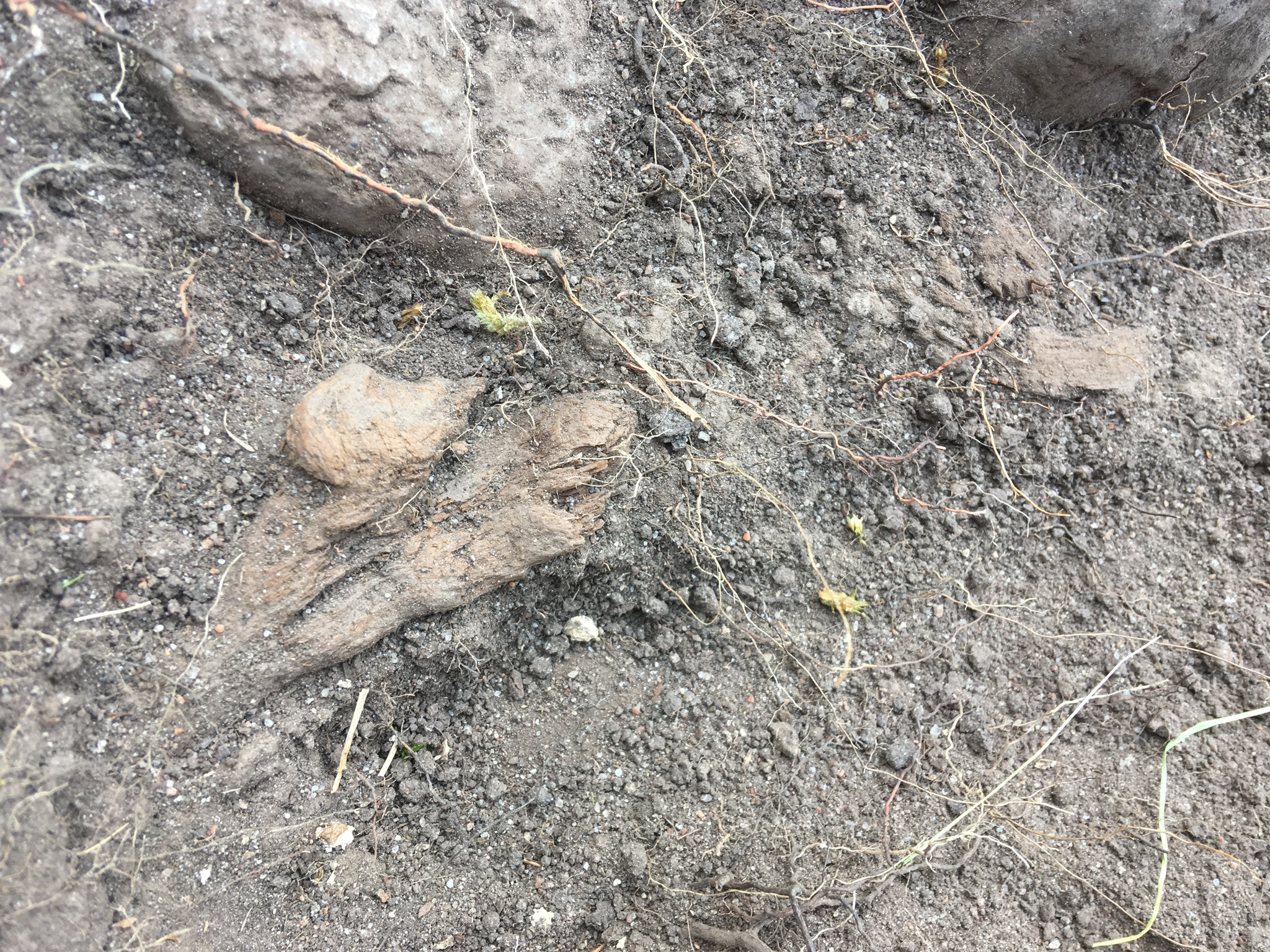 The small piece of ancient wood 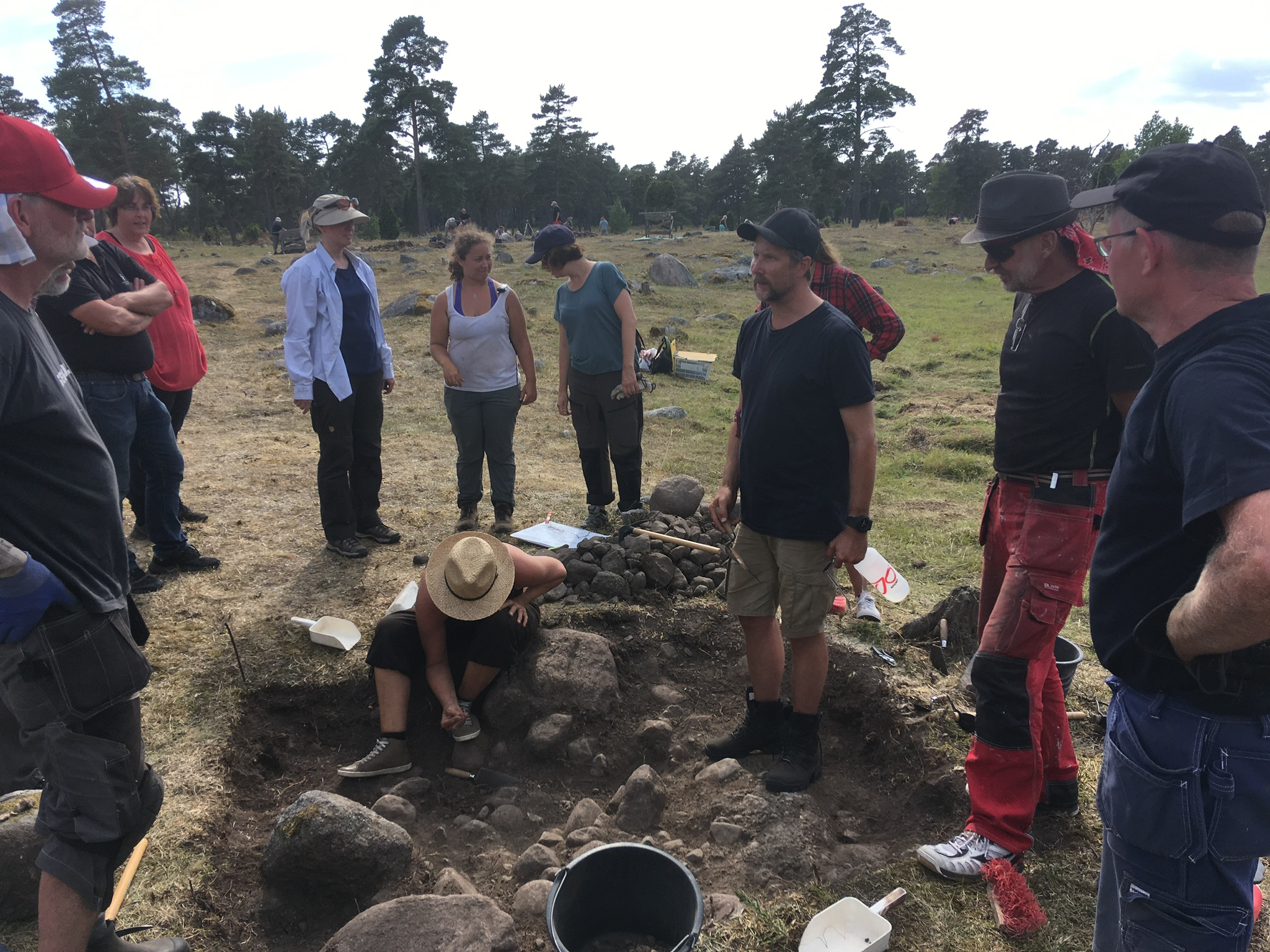 Christian talking about our pit

The biggest find was a grave, in which a woman lay buried under a calf, a most unusual find. She was wearing a necklace, and had a knife at her side. 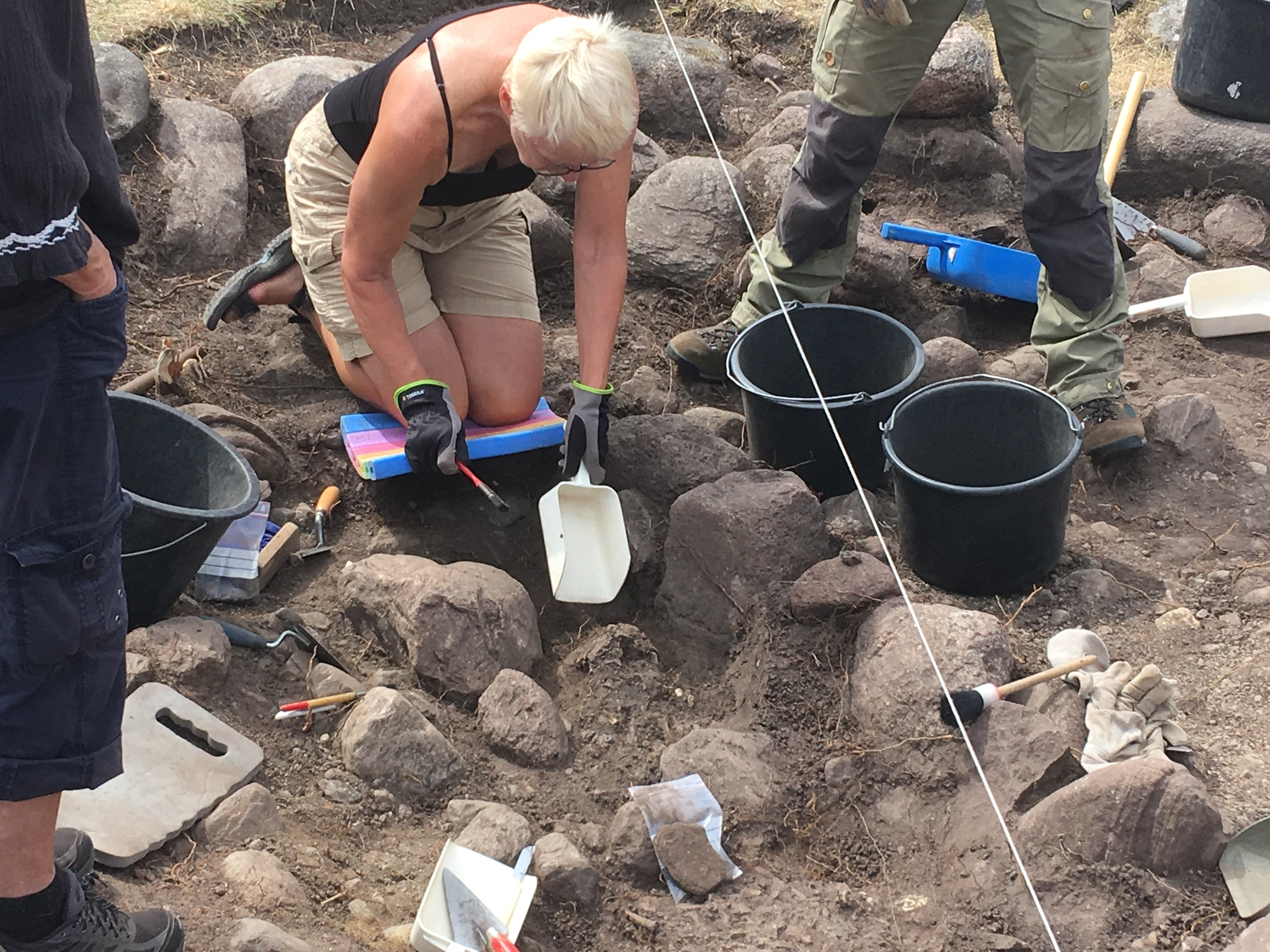 Excavating the skull of the woman in the grave

The report on the first year dig at Gudings slott is much anticipated.