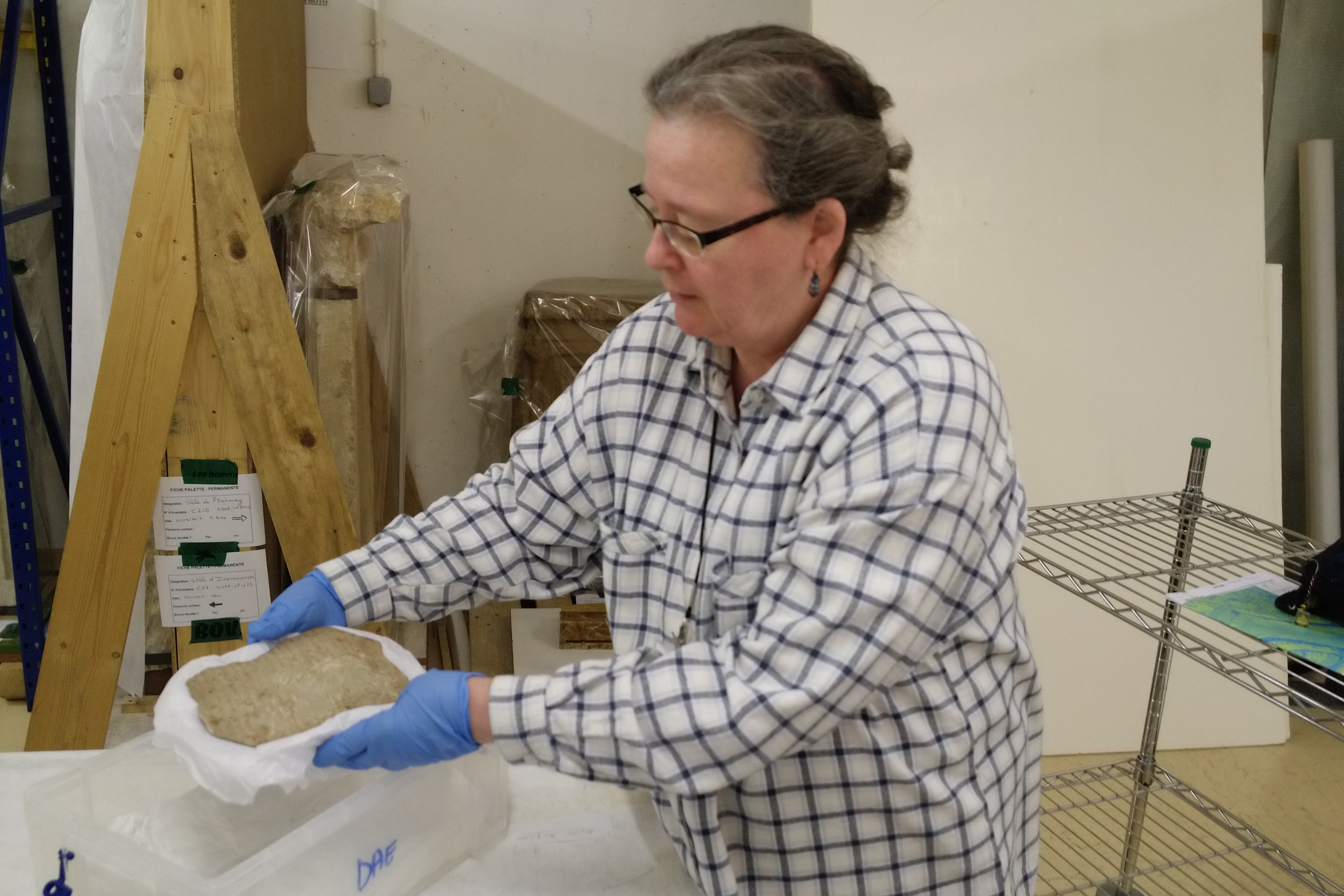 As part of my research into Butehamun, and to help create a website about the famous scribe of Deir el-Medina, the Wångstedts Foundation awarded me a travel grant. Trip 1 was to the Louvre Museum in Paris, whas has a wonderful Egyptian collection, including the Butehamun’s unique letter to the coffin of his dead wife.

(Egyptians often wrote letters to the dead, which they left in their tombs. They believed they received answers in dreams.)

The letter is well-documented in a couple of Interesting articles by P. J. Frandsen and Orly Goldwasser. But the only available image of it I could find was on Petrie’s Sardines, the blog of Liverpool University graduate student Dan Potter. He took it when the letter, an ostracon, was on public display many years ago. He also very kindly allowed me to use the image in the submitted version of my thesis, but did not give permission for use in the public, downloadable, version.

Getting a Swedish travel grant to visit the Louvre was one thing, getting the Louvre to let me see the letter, Ostracon Louve 698, and to photograph it, was much more difficult. My first letters, in English, were not responded to. But after several more follow-up letters in French, they very kindly allowed me into their archives, and the Egytology Department library.

I visited the Louvre on April 21, and was met by Egyptologist/Archivist Catherine Bridonneau, who took underneath the medieval palace into their cavernous archives. It was amazing to finally see Butehamun’s letter, which was so important to my thesis (read about it here). I also got to take a number of photos, and received permission to use them in scientific publications. 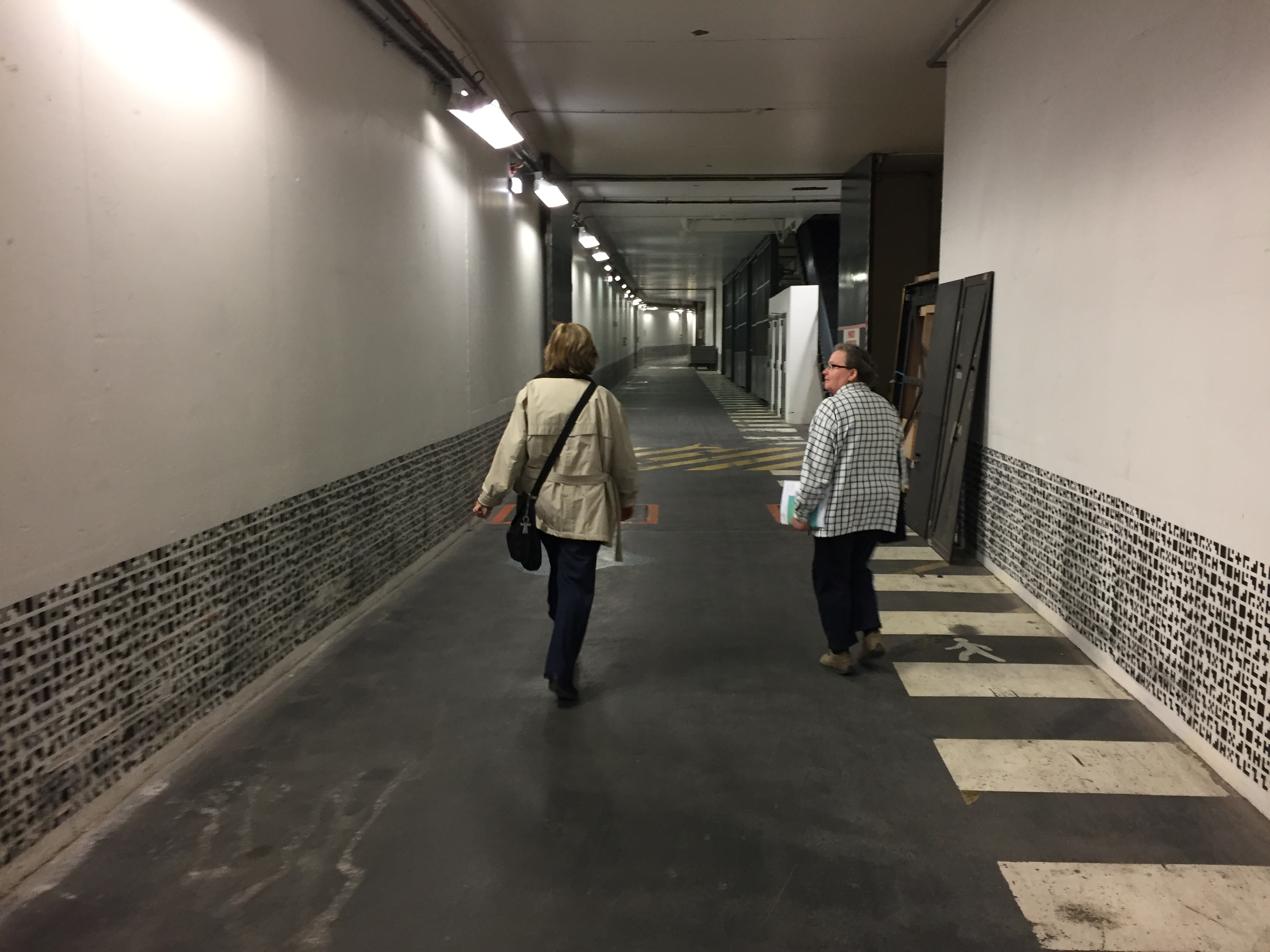 Under the Louvre, on the way to the archives

Afterwards Catherine Bridonneau took me upstairs to their library and shared with me what documentation they have about the ostracon.

The following day I returned to the museum to see their extensive Egyptian galleries. They are truly impressive. Since Butehamun was a scribe, I was especially taken with the meter tall statue of an Old Kingdom scribe. 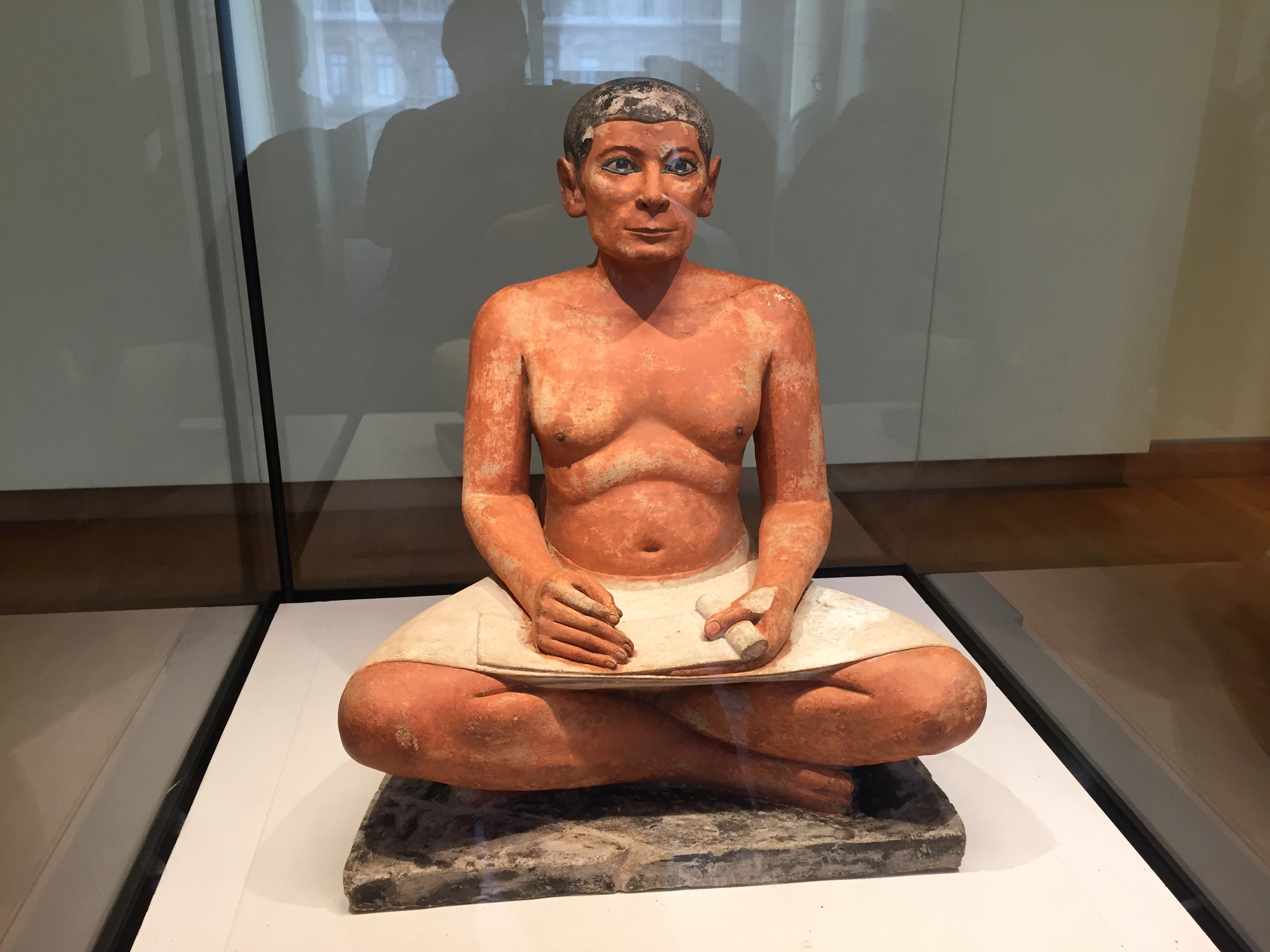 Statue of a 4th or 5th Dynasty scribe, found at Sakkara, at the Louvre

I am extremely grateful to her and to the Louvre for giving me this opportunity.