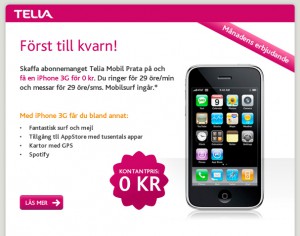 Reading books and magazines on an ebook reader seems to be an acquired skill. I bought the Kindle version of “WordPress for Dummies” to help restart my blog (would have bought the iBook version but Amazon will take my kronor and the Swedish iBook store won’t).

Sadly it lacks an index, and if I want to just find something, it’s a lot easier to leaf thru a real book.

I would like to convert my magazine subscriptions to the iPad. I have stacks of old issues of Wired lying around. And the international sub price for Wired is astronomical!

But even Wired, which seems to be on the cutting edge of this revolution, doesn’t offer an eSubscription (yet), just single issues like the one I am reading now (the paper version still hasn’t arrived here).

So my blog is up and running again at RadioWood.com, and hopefully copies of posts will now appear on Facebook and Twitter. Sadly, in upgrading to a modern version of WordPress, the entire old database was deleted, so this is a fresh start.

On the other hand, not sure I’m the one who should be blogging. My colleague Kris ought to have blogged the entire Eurovision Song Contest, and now he’s at the political week at Almedalen on Gotland. That’s what ought to be blogged! Last year’s bumper crop sowed so many seeds it looks like they’re here to stay!

Welcome to RadioWood.com (mark 2, take 2). Over time the database in the old blog (which had been updated just once in the last six months) had become corrupted. When I wanted to upgrade to a new version capable of posts from iPhone and iPad (which this is) it just failed. This is the second try at a new installation (the first one lost its password).

A beautiful summer day in Sweden, youngest kid and wife in Strasbourg, about to spend two weeks as acting Head of the Radio Sweden/SR International English, German, and Arabic services…