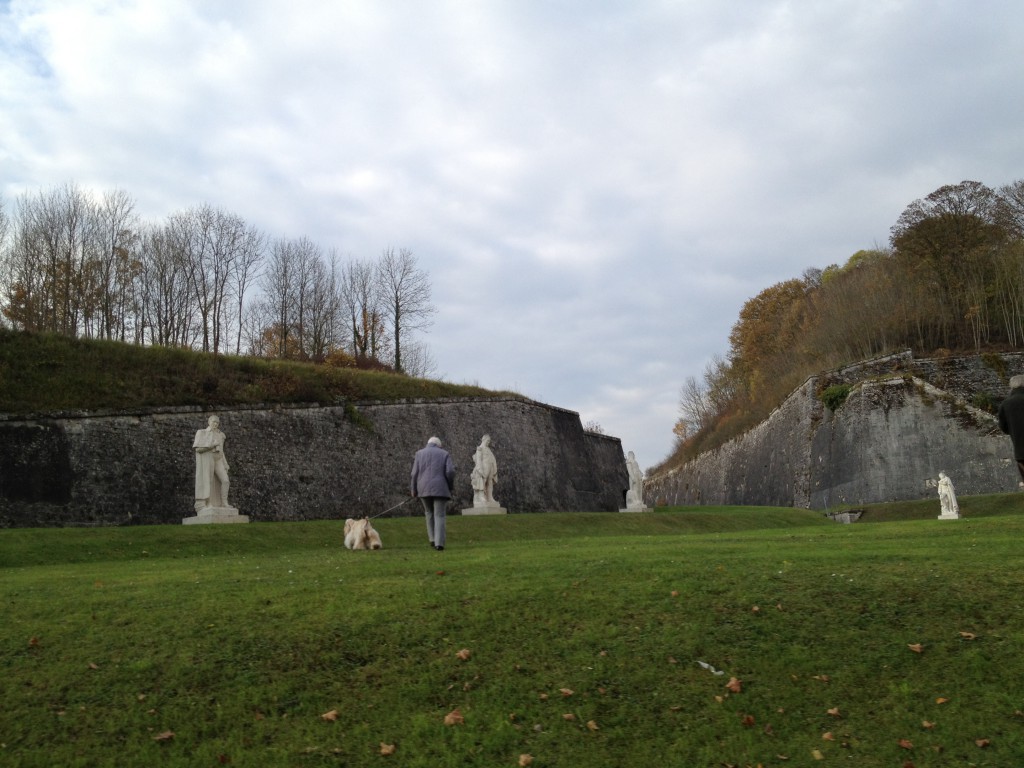 The fortress of Verdun, November 2011

Today marks the 93nd anniversary of the end of the First World War. November 11 is not a public holiday in Sweden, which was not a combatant in either of the World Wars. It is a holiday here, and on the TV channel France24 one could see the ceremonies in Paris at 11:00 AM this morning. Strangely here in Strasbourg, as the war began part of Germany and a target for French liberation, I haven’t seen much notice of the day, besides most of the stores being closed. The city’s website only mentions that there will be no garbage collection today because of the public holiday. 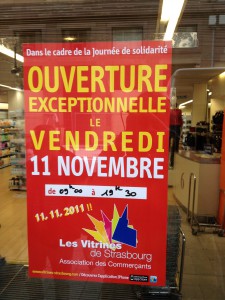 Unlike most Sundays, the grocery stores are open today, with a sign in the window of Monoprix announcing it would be open on the anniversary of the Day of Solidarity.

Just over a week ago we were at Verdun, the fortress city where between 700,000 and 1 million died in the fighting between 1914 and 1918. Banners proclaimed Verdun as the “City of Peace”, but, perhaps shaped by our preconceptions and knowledge of what happened there, it seemed a sad little town.

We visited the Underground Fortress, which features a Disney-like mini-train journey through some of its many tunnels. Unlike Disney the journey was slow and not fast-paced. It was gripping, but it felt like its creators couldn’t decide whether to focus on the horrors of war, or French patriotism/nationalism.

The true city of peace is Strasbourg, home of many institutions devoted to making sure such a struggle cannot happen again, the Council of Europe, the European Court of Human Rights, and the one week in four home of the European Parliament. The media may be filled with reports about the euro crisis, and some Euro-skeptic politicians may be taking a cruel delight as they proclaim the end of the common currency (and at least in Britain contemplate withdrawing from the EU completely). 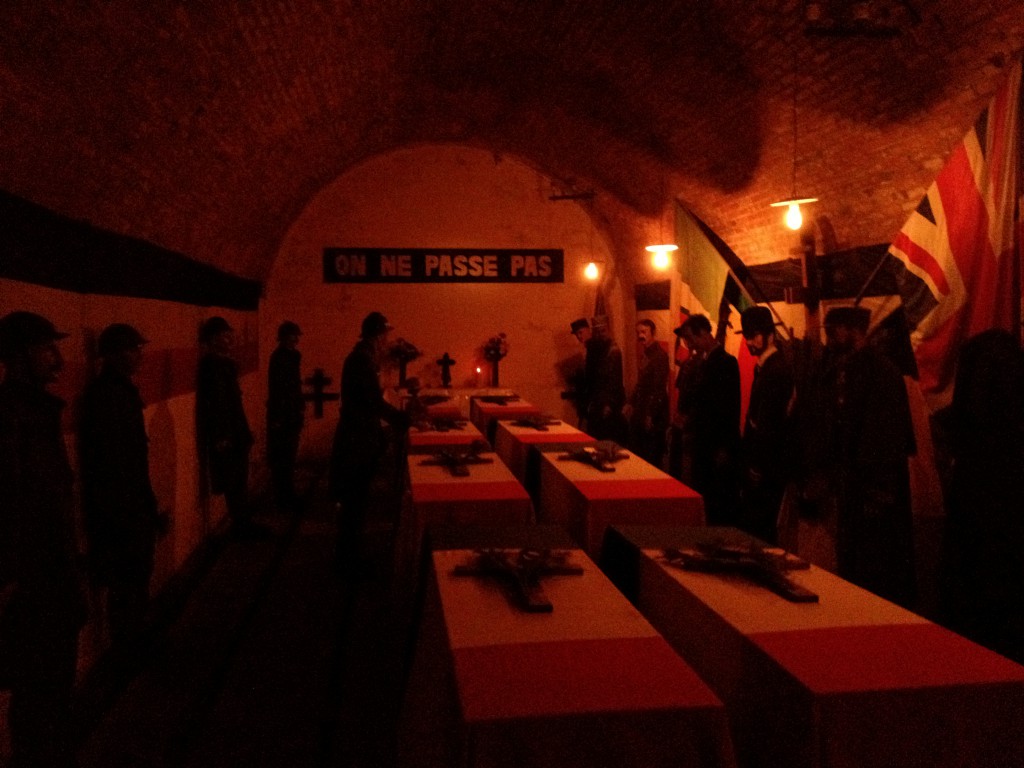 "They Shall Not Pass" - The Underground Fortress in Verdun

Today we can drive back and forth across the Rhine, across this zone that saw occupation and horrible fighting during three wars between 1870 and 1945, without even noticing it is an international border. We shop on both sides with the same currency, in my favorite cafe here in Strasbourg there are German customers virtually every time I am there. 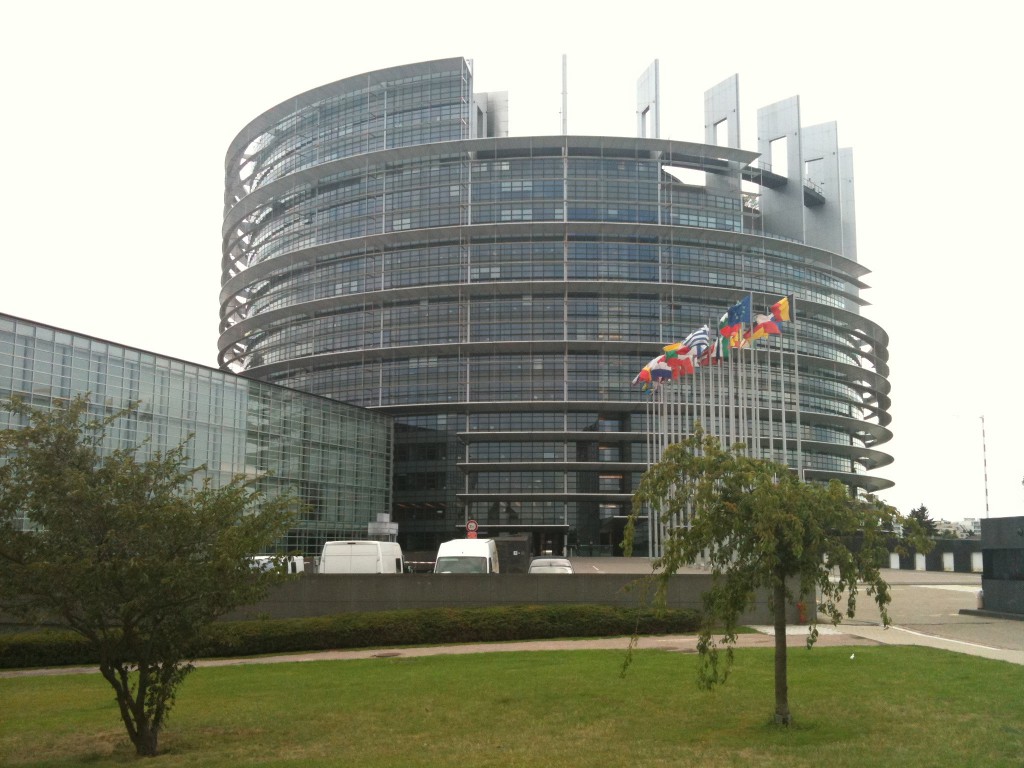 The European Parliament in Strasbourg

Terrible things happened here over the centuries (and World War II ended just four years before I was born). Rather than hailing the euro crisis, the skeptics ought to be embracing what the Council of Europe, the European Union, and the single currency have given us.

← Off of my cloud?
The Capital of Christmas prepares →